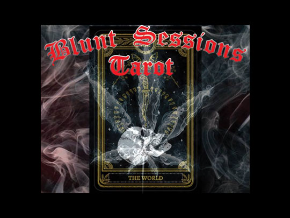 Blunt Sessions Tarot TV is where Neter (The Supreme Being) expresses Self as many Gods & Goddesses called The Neteru. These Neteru have pervaded the Cosmos since before "time". They're the very means by which Neter sustains Creation: & manifests through it. After their work is complete, these Gods & Goddesses are absorbed back into the Supreme Being from which they came. Witness them catalyze Cosmic Ascension right here on - - - - Blunt Sessions Tarot TV.