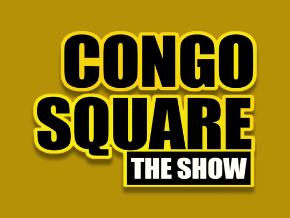 Congo Square show is an initiative aimed at creating a space for free artistic expression. We promote cultural awareness and collaboration among diverse artists, especially those from Africa and from the wider African diaspora.

The congo region is located at the heart of the African continent, however, its name has been associated with a negative connotation due to well-publicized social unrest. Unfortunately, due to misguided social, economic, and political priorities, the Congo region has been prevented from playing its expected rôle as an engine for the development of Africa and the integration of its people.

If Congo is located at the heart of Africa, then it is uniquely positioned to provide the pulses that will resonate all across the continent.

Congo Square Show is an attempt to position the region as a bridge and use culture to promote exchanges and foster understanding among all the people of the continent and including descendants of children of the continent who were deported to other continents.